Blog-Details
Do you ask right questions as a Leader?

The Art of Asking Questions:

During 1985, the Ford company was not functioning well financially. So Donald Peterson was given the responsibility to rectify the situation. As the CEO of the company, he troubleshot the problems and transformed the Ford company in no time. Under his leadership, the company underwent some significant positive changes, taking the high road to progress.

Donald Peterson was endowed with great skill. He was an expert in asking questions. Whenever he asked a query, the responses would flood the doorway to remodel the company. His made people think, brainstorm and bring about a revolution in the organization. One of his favourite questions was; "How can we improve the quality of the work?" The reply would shower ideas and initiate the path to advancement at Ford.

Peterson once asked a question, which not only led to a massive increase in profit but also paved the way to design one of the robust cars of the decade. Peterson was having a conversation with Jack Telnet, the company's senior designer. During the talk, Peterson asked, "The car design you are showing me right now, would you like to park it in the parking lot of your house?"

Jack replied, "Absolutely, not! However, I have to work with everyone. I have to respect the management's decision, consider marketing matters, and bear in mind the financial department's requisites. Peterson stated, "Forget all these elements and design the car which you will love to own."

Thus, in response to the question, a car called 'Thunderbird' was launched in the market in 1983. The design amazed everyone sweeping off from their feet. It created a big buzz in the market.

The grand success of the 'Thunderbird car' was the result of Peterson's art of questioning. It incited people to deliberate and instigate changes. We, too, can indulge and master this demeanour of asking the right question at the right time. Questions which compel you to think, yield better results, and can give new directions to ideas.

What kind of questions do you ask yourself? Are they positive? Do they have the potential to produce better results?

Let us analyse it with another illustration. Imagine that you are the head of the customer service department. A lot of complaints are being registered about customer services. Six out of ten people are unhappy with the services. To investigate the matter, one day you decide to visit the department. Upon reaching there, you witness an employee brawling with a consumer. The supervisor is called to resolve the situation. But his appearance adds fuel to the fire. The customer and supervisor start yelling at each other. The customer's grievance is, defected parts have been delivered to him. Whereas the supervisor denies it stating; it is incorrect, as the parts they sell are of excellent quality. What began as a squabble escalates into a full-blown fight when you jump in the middle to rescue and settle the matter.

After witnessing the entire episode, you call the supervisor and the customer in your cabin. What questions would you ask them?

Do not hasten in reading ahead. Ponder over the question you would ask the supervisor about the fight.

01. What caused this fight?

03 Is the customer responsible for this?

04. Is it all due to the fury of the employee of the customer service department?

05. Is the supervisor responsible for this?

06. What is the origin of this quarrel?

Or would it be as follows...

01. What happened from our side, which created the situation?

02. What can we do to prevent such an event happening again?

03. Have such incidents happened earlier as well? If so, what is the similarity between this episode and the events that have occurred in the past?

04. Does the customer service department need help from the other staff? 05. Do they need training?

06. Does the customer service department receive support from the rest of the staff and manager?

07. Are the rights provided to the customer service team enough?

08. Could the customer service team handle the incident better without calling the supervisor?

09. Is the supervisor under pressure to accomplish more work in less time?

10. Is the supervisor involved in sorting every trivial issue?

11. Was there a problem with the production of the parts sold to the customer?

Now think over the types of queries you asked. Did they help you in resolving the glitch, or it further complicated the situation?

Some other great questions to solve problems are,

02. What is the need to addressed to resolve the crisis?

03. What do I need to do to troubleshoot the problem?

04. What should I avoid to resolve the glitch?

05. How can I enjoy the process of solving the situation?

Hope you enjoyed reading this blog! Do share it with your near & dear ones. Let’s meet at the next Blog. Till then…….

‘Enjoy Your Life & Live with Passion!’

(This blog is originally written in Hindi by the Master Trainer Sandip Shirsat and later translated in English by Zeba Ali.)

Ready to start your adventurous inner journey with Leadership, NLP, Hypnosis and Life Coaching with Master Trainer Sandip Shirsat? Call Satish on +919834878870 or mail us at satish@ibhnlp.com for more information. Also check out for NLP Trainings, which will help you in Personal and Professional life, find out about the NLP Practitioner or NLP Master Courses, now!

01. Some Basic Questions Before Embarking on a Journey of Becoming a Charismatic & Powerful Leader
02. Four Fundamental Principles of Becoming a Charismatic Leader
03. How does our thinking prevent us from becoming a charismatic & influential leader?
04. The Five Box Leadership Development Program
05. Four Effective Ways to Solve Problems
06. The Science of Motivation
07. Importance of Reflective Thinking Model in Life Coaching
08. The Habit Framework - Part 1

In the journey of becoming a charismatic leader, the most important skill we need is our influence and the major factor for creating influence is our way of communication. This blog talks about Donald Peterson and the way he transformed the functioning of the Ford company. One can simply learn this skill of developing the art of communication by getting oneself trained in NLP. NLP is also called as conversational hypnosis. Meta Model & Milton Model, which are called the backbone of NLP, are ultimately the Hypnotic language patterns. They help you to dig deeper into the subconscious brain.

For NLP Training that will help you in Personal and Professional life, find out about the NLP Practitioner or NLP Master Courses, now! Call Satish on +919834878870 or mail us at satish@ibhnlp.com for more information. 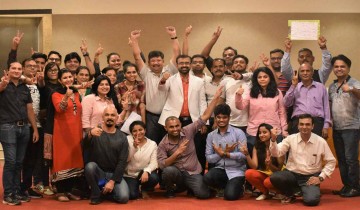 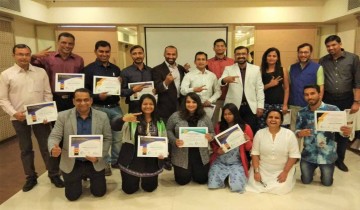 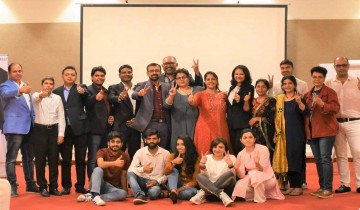 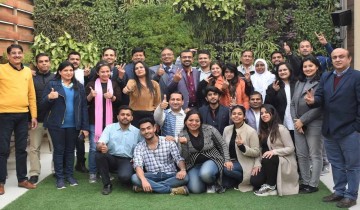 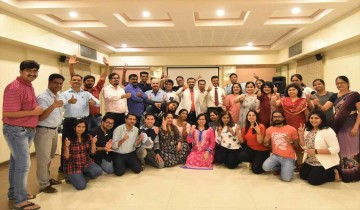 What is NLP? (In relation to Leadership - Part 2)